A Conversation with James Sebastiano

On our latest Instagram Live our Head of Community Cassidy Gard spoke with the inspiring James Sebastiano, a psychologist and film producer, to discuss his personal struggles with anxiety and his project “Chasing The Present”, a film that follows James on a journey to understand his anxiety and determine the cause.

Cassidy: “The word “present” and “presence” keeps popping up into my life in so many different ways, and clearly getting to work with Presence is a situation where the word, “presence” is always on the top of our mind. When I discovered James, it originally was through a documentary called “Chasing the Present”, which he is an executive producer for. I just feel really grateful that I’ve been thinking a lot about magnetism, and the way in which certain people and vibrations and things that are so aligned with the practice that you’re seeking, will show up. I think a lot of people might get a little bit intimidated that it sort of feels like some crazy, spiritual, magic thing, and that can be sort of disorienting for some people. I just believe that as we reframe our thoughts, things shift and things change. It feels really amazing that when I got to watch James’ documentary, the whole time I was watching it, like every fiber of my being was like “yes, yes yes”. Pinging different thoughts and new ideas in ways I haven’t seen before.”

Cassidy: “Do You find that that happens a lot in your life as well, where things just sort of pop up in alignment?”

James: “Definitely. I think the more we’re aligned with ourselves, the more that happens. For me, the goal has really been to try and figure out how to come into that alignment with myself. It’s really a beautiful way to walk through life.”

Cassidy: “What I would love to know is, when I watched the documentary, the word that kept coming up was “seeker”, like your curiosity for speaking with different people and finding out what drives them. What was sort of the first thing that launched you into this phase? I was thinking about this because when I was a teenager, I had never heard of all of these words that are now such huge parts of my life, and so kind of getting to see in conversations with your dad, you seem to be guiding him and teaching him what you know. So, how did this first come into your life in this way?”

James: “Well I struggled with anxiety since I was 15 years old. I got stung by a wasp and almost died. I had to be rushed to the emergency room, and given an adrenaline needle to start my heart back up. So from that point on, I suffered with really bad anxiety and panic attacks. I didn’t really understand what it was at that point, so I was doing a lot of drugs and drinking a lot to try to numb the feeling that I was having. Fast forward maybe 15 years. I was now living in Bali, vegan, doing yoga everyday, and making a good amount of money, but still I had anxiety. I didn’t understand, like I’m healthy now, I’m doing yoga, I’m successful, but I’m still feeling anxiety. What's going on? And I didn’t understand what was going on in my life, and I had a friend who was an amazing filmmaker, and we decided to kind of get to the root cause of it.Originally, I wasn’t even going to be in the film. My friend Mark, the director, saw that I was having panic attacks, and he said “wait a minute, why are we looking for somebody else, why don’t we use you?”. I said that I didn’t know because I was making a film, and I didn’t want to be so vulnerable on camera.I thought about it for a couple of days, and then we decided to do it.”

Cassidy: “Did any part of you, by deciding to go on camera and be so vulnerable, was liberating, terrifying, or scary?”

James: “I knew from the beginning that I would have to be willing to go all in, and at certain points it was difficult. After a little bit of time, I became family with the crew, so it wasn’t as hard. I would zone out and focus on the person I was talking to, so the pressure of the cameras wasn’t a big deal anymore.When my father grew up, they didn’t talk about mental health or anxiety, especially being a man. So in the film, it was like the first time in my life where I ever actually told my father that I had anxiety. He didn’t even know what I was going through.”

Cassidy: “What was it like for your dad to watch the film?”

James: “He was proud of me that I made a film, and I don’t think it was what he was expecting. He’s quite religious and believes in God and goes to church, so he was mad that I didn’t really talk about God in a way that he would’ve wanted me to do. But he watched it once, and generally wasn’t mad.”

Cassidy: “As you dove in and talked to all these different people and living life post filmmaking, what was the big change for you?”

James: “The biggest change was the fact that I haven’t had anxiety or a panic attack in like three years, where I used to have it every week or every month. So definitely, that was the biggest shift in my life. How I deal with things and react, has totally changed.”

Cassidy: “When somebody comes to you, do you find that a lot of the people you’re working with also suffer from anxiety as well?”

James: “Yeah, and after being in therapy for 13 years with the same woman, I see how valuable it is to have someone to speak to. This inspired me to study Psychology, and I went back to get my degree. Through traveling around and showing my film, I would have lines of people waiting to talk to me after the film. They just wanted to tell me how bad they were struggling. And I thought that I would really like to give them professional educational knowledge. It’s been really good and really rewarding.”

Cassidy: “My biggest symptom of anxiety is dizziness, and I didn’t realize that because I thought I wasn’t getting enough water, but I kept realizing the correlation. For someone that has untreated anxiety, what would be the first step they should take?”

James: “If you have the means to seek a therapist or somebody to talk to, it is super important because we all have the fundamental need as humans to be seen. Being seen is such a powerful, healing thing. Another thing that has really helped me a lot is meditation. It was a key point in my life. I had a panic attack while driving on the highway, and next thing I know, my face and arms are getting tingly, and I think I’m going to die. I would just participate in those thoughts until I would go into full blown panic. The last couple times I had this experience, as I was feeling those sensations, that’s when the meditation practices became useful. Instead of participating in the thought of “Oh my God I’m going to die”, I just allowed myself to be there, and it would go away. Instead of trying to fight away the uncomfort, I learned how to just sit with it.” “It’s learning how to re-identify with what we truly are versus our thoughts that really have the potential to change our lives.”

Cassidy: “How has your experience been in the realm of energy and your subconscious mind?”

James: “I think a lot of people have a difficult time just feeling. We have so many barriers that we put around ourselves to protect us, which makes it super hard to be able to feel anything. Mindfulness blocks a lot of those negative thoughts, and is a good approach to take.”

James: “When I was younger, I wasn’t allowed to cry, for example, around him because I would feel like I wasn’t a man. Now, we kinda see how that’s not how things really are. It takes a big deal for men to be able to cry and let out feelings. Losing a loved one or going through a breakup helps us puncture through those layers, and allows us to feel. But I think there’s definitely a stigma, still, with this idea that men don’t feel, but times are changing. Maybe we are more manly when we let ourselves feel things.”

Cassidy: “Do you have any advice as to what women can do to create a space that is for somebody to feel safe and secure enough to access those sensitive places?”

James: “With the woman I was recently speaking up, her presence allowed me to open up more than I ever did before. I think if a woman wants a man to really be open with her, they really have to be doing the work to open up within themselves too.”

Cassidy: “What does, “It takes time to learn how to be attracted to what’s good for us' ' mean to you?”

Cassidy:” I would love to hear what you’re working on now.”

James: “I’m an entrepreneur and heart, so I do a lot of different things, but right now I do coaching, one-on-one work, I’m building a yoga and meditation center in Bali, I have some vegan cafes, but I’m most excited about the book I’m in the process of writing.”

Cassidy: “Have you made a title for your book yet?”

James: “Hopefully I’ll have it done by the end of the year. I’ll be interviewing a lot of really cool people.”

Cassidy: “For the space in Bali, when is it launching and starting?”

James: “Our first phase is opening up now, and the second phase will be done by the end of the year.”

Cassidy: “Are there any quotes that you always come back to?”

James: “Be here now” and “To Be the change we wish to see in the world”. When I realize that I want things to be different, it starts with me. I need to really work on growing with myself.”

Cassidy: “Final question. If you were to be at a dinner party or run into somebody and wanted to start a conversation and they were like, “If I wanted to get to a grounded place to where you are now” is it a book or a podcast that helped you along the way?”

Cassidy: “Well, I’m glad I got to watch the documentary with my mom and talk about the subconscious mind. I really feel like “Chasing the Present” really guides and shows how to be your most present, so I’m just so grateful.”

James: “Thank you so much for inviting me to have this conversation. It was so nice to meet you.”

For more information about James and his extraordinary documentary you can go to jamessebastiano.com and be sure to follow our @discoverpresence Instagram for more inspiring posts and uplifting conversations.

The Right Quote Can Change Your Life 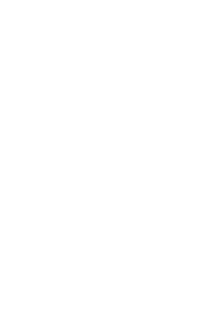 5 Ways To Transform Your Space Into A Sanctuary